When I learned that, I wanted to see how easy it would be for a mom to make more than the average wage, working from home while taking care of her own children.

You see, I think staying at home is desirable for most moms, but they also want to be able to contribute to their own household and not to get bored.

So here are four work at home jobs that you can combine to get yourself $3,000 a month and most importantly, still keep an eye on your kids all the time.

In practice, Darren and I now make so much money blogging that I could cheat and say, “start a blog” and then stop this post. But… I don’t think that’s fair. So, I turned to a good friend of mine, Kathy Rhodes and asked her how she brings in that much each month.

If you know anything about this site, you’ll know that we’re big fans of surveys. They’re a nice way to fill in downtime and get paid for it. No, they’re not brilliantly paid and no, you shouldn’t plan on making your whole income from them but they are fun and you can even do them when you’re in the bathroom or laying in bed before you go to sleep.

Kathy makes around $100-$200 each month using survey sites. That’s a fair chunk of change and while it won’t transform anyone’s life completely – it certainly covers the cost of a big chunk of her grocery bill. Her favorite survey site is Pinecone Research.

You can make up to $200 per child you take care of in addition to your own if you are a registered child carer.

It’s normally pretty easy to get licensed and insurance is very affordable. Parents drop their kids off in the morning and then pick them up again after school.

If that’s not going to work for you as a full-time commitment, many parents also need childcare that covers the gap between when school ends and their work day finishes. That won’t pay quite as well but it’s certainly worth considering.

Buying And Selling On E-bay

I’ll level with you, I’ve tried this and I know it works. Kathy spends a few hours each work visiting thrift stores and scanning eBay for products that are badly listed, she then lists them herself in a more attractive manner. This brings in another $100-$150 a week.

What’s the problem with this kind of work? I found it really dull. I know Kathy doesn’t much enjoy it either and she’s hoping to launch a blog in the near future to get this down to a minimum. However, it is easy, and plenty of people have turned being an eBay seller into a full-time job.

Getting started is easy too. Just go through your home and make a pile of all the things you no longer need and try to sell that stuff.

Old clothes, shoes, things in the garage, CDs from bands you never listen to, etc. all of these things may find a buyer on eBay.

Kathy also likes to get out of the house for a day a week and on that day, her boyfriend takes care of the children and she drives for Uber.

She’s not entirely sure whether Uber is for her or not. On the one hand, she says she likes the customers and the job is pretty easy. Despite hearing some tales of nightmare clients, she’s had no problem with anyone.

On the other hand, she’s not so keen on the rates that Uber pays most of the time. They look high but when you consider the costs of running a car, she suspects she’s barely making minimum wage. Maybe less.

However, it adds another $150 or so a week to the household income and that’s all she’s bothered about right now. Plus it gets her out of the house and as much as she loves her kids, she loves a little break from them too.

So, How Much Does Kathy Make In Total?

Is There Anything She Would Do Differently?

Kathy’s going to start blogging soon. She knows that over time, it’s going to be much more profitable and more fun than her eBay work. She may also drop Uber at some point in the future because she’s not convinced it’s doing much more than getting her out of the house and making a small dent on the car payments.

She really enjoys the childcare though and wouldn’t give that up for anything. She says that surveys are so easy to fit into her life that she’ll keep doing those unless there’s a very powerful incentive not to. She figures there’s not much else she can do, legally, to make money while she’s in the bathroom.

So, there you have it. It IS possible to earn more than the average wage from home. You can have it all if you want it. Kathy is living proof of this. 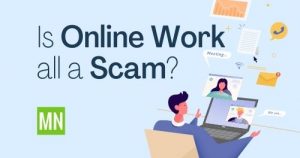 My Friend Says Online Work Is All A Scam, Is This True? 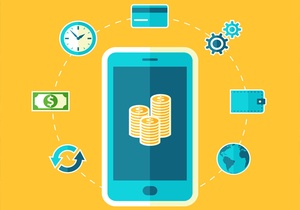 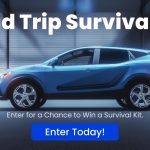